Series 13 of Dragons’ Den kicked off with with new Dragon Sarah dismissing an ‘utterly disrespectful’ entrepreneur looking for investment.

Episode one of the new series of Dragons’ Den was a good indicator of the unpredictable nature of the den. It included an extremely well branded clothes steamer, celebrity endorsed shapewear, and a property crowdfunding venture that left the dragons less than impressed.

Make them laugh to get them on side

Ben Fridja was the first up to pitch. He got off to a very good start and came across as charming, pleasant and funny, even managing to get the den to break out into smiles.

Ben’s pitch was confident and relaxed – you could tell he believed, and was well educated, in his product.

Sarah even got to take a Fridja steamer for a spin and was impressed by how simple it was to use.

After surviving some tricky questioning from Nick Jenkins and Touker Suleyman, Ben was able walk away from the den with his head held high, securing £70,000 investment, split between Deborah Meaden and Nick Jenkins.

Next to take the stage in the den was Farnaz Khan and her shapewear brand Fit Britches.

After an impressive pitch, which involved name dropping the likes of Khloe Khardashian and Jessie J as fans of the brand, Farnaz soon became unravelled.

The pressure of the situation, unfortunately, had gotten to Farnaz, and it was clear to see. What was initially a polished pitch soon became flimsy, with Farnaz forgetting key figures about her business.

Fit Britches were unable to secure an investment, but we expect to hear more about them in the future.

Sarah makes a stand in the den

Fraser Fearnhead and his property crowdfunding business, HouseCrowd, made a bad impression on the Dragons. His overly laid back and almost cocky pitch angered all of those in the den, especially considering that he was asking for a £1 million investment for 5% of the business.

All of the dragons were sceptical of Fraser’s figures and logic, but none were as vocal as Sarah. Sarah showed that she isn’t a Dragon to be messed with, as she stated that Fearnhead had ‘wasted their time’ and was disrespectful towards the dragons.

Still, Sarah and the kids saw the funny side of this whilst watching the show together when it aired on Sunday…

You should see the look on the kid’s face!! Apparently that’s my ‘very angry’ voice!! @BBCDragonsDen #dragonsden 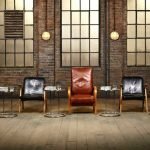